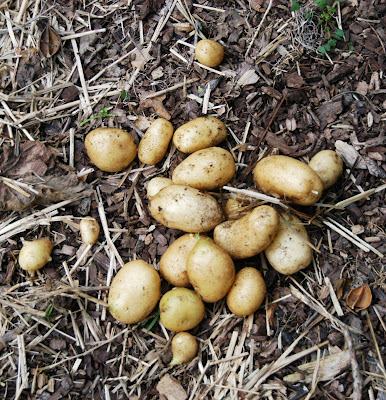 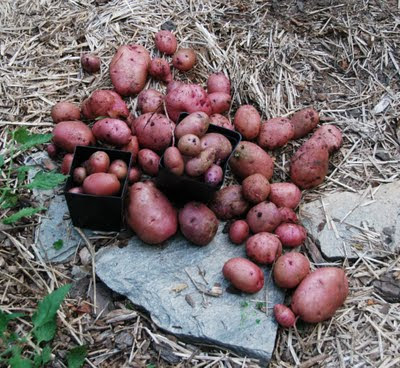 Geez, I had no idea about how productive potatoes are.  I planted 'eyes' here and there in my satellite beds among the tomatoes.  So, I spent time this evening harvesting; some were actually in soil, some were in straw, and others were in between. But there were LOTS of potatoes. 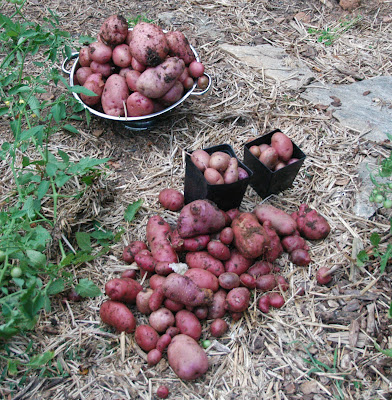 This evening's harvest were from a bed that was a straw-bale experiment and a more conventional block at the end of some tomatoes.
Email Post
Labels: natural gardening potatoes