Aside from hoping for rain, it's a quiet time in the garden, except for gathering tomatoes and weeding. There'd been no sign of woodchucks in the satellite garden for awhile, so I hopefully transplanted a few of the trombocino squash seedlings that were growing in the main garden last weekend. It was an overcast day, so they looked good, and I had visions of the vines rambling over the mulch producing squash until fall, like last year. Ha! They were fine the next morning, but by late afternoon, THIS is what they looked like. 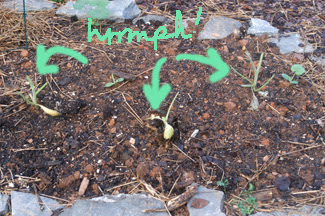 I checked out the developing squash on the large vine in the main garden, and felt better. 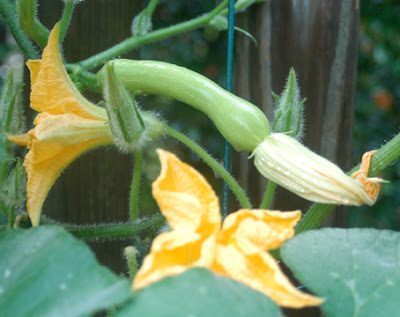