I was surprised by a bear this evening, but realized he was a regular from last year.  I meant to post here, but posted on Places of the Spirit instead.

I came down to my studio after dinner and much to my surprise there was a smallish bear enjoying the parsley.  I soon realized he was our infrequent neighborhood bear from last year -- the same grizzled face and now with an ear-tag, marking him as an urban bear (part of ongoing NC urban bear research here in the Asheville basin).

He enjoyed the parsley, spending some time munching.  Then he wanted to investigate our trash bins.  Thankfully, today was trash day, so there wasn't anything in there to forage.  Younger males are the most likely to be spotted in urban areas, aside with moms with cubs, especially now in almost spring. 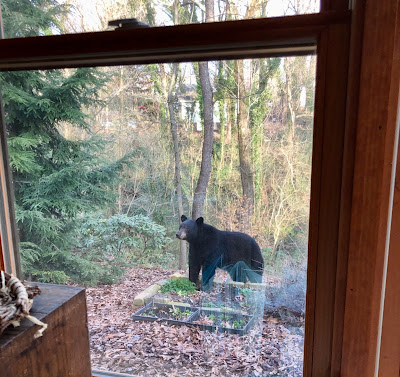 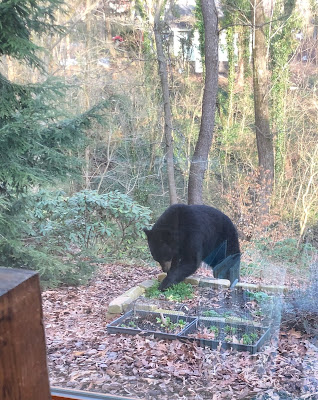